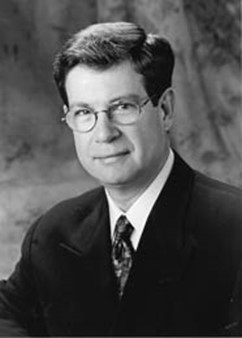 Dr. Dennis C. Sasso is the Senior Rabbi of Congregation Beth-El Zedeck, Indianapolis, Indiana, and has been our Rabbi since 1977. He is a native of the Republic of Panama, and a descendant of Sephardic (Spanish-Portuguese Jewish) families who settled in the Caribbean during the 17th century.

Rabbi Sasso earned his Bachelor of Arts degree at the Department of Near Eastern and Judaic Studies of Brandeis University. He holds a Master of Arts in Religion from Temple University, Philadelphia, and was ordained as Rabbi by the Reconstructionist Rabbinical College in Philadelphia. Rabbi Sasso has also studied at the Hebrew University of Jerusalem and did his doctoral studies at Temple University and at Christian Theological Seminary in Indianapolis, Indiana, from where he obtained his Doctor of Ministry degree. Rabbi Sasso is also the recipient of Doctor of Divinity degrees, Honoris Causa, from the Reconstructionist Rabbinical College (1999) and Christian Theological Seminary (2000).

Rabbi Sasso is a member of various scholarly and academic societies, and he has served on numerous interfaith, civic and community boards and agencies. Rabbi Sasso is Chairman of the Indianapolis Board of Rabbis and Past-President of the Reconstructionist Rabbinical Association. He is a Past-President of the Indiana Interreligious Commission on Human Equality and was Co-Chairman of the Race Relations Leadership Network of the Greater Indianapolis Progress Committee. Rabbi Sasso also served as Co-Chairman of the Citizens Complaint Working Group, a committee appointed by the Mayor to review and make recommendations to upgrade the Ordinance that regulates the Civilian Police Review Process. He presently serves on the Board of Directors of the Hispanic Center as well as of the Jewish Federation of Greater Indianapolis.

Rabbi Sasso writes a monthly column entitled “Focus on Faith” in the Op-Ed page of the Sunday edition of The Indianapolis Star . He is a member of the Publications Committee of the Rabbinical Assembly and of the Advisory Board of The Reconstructionist, a Journal of Contemporary Jewish Thought and Practice.

Rabbi Sasso has lectured nationally and abroad and has published scholarly and popular articles on Caribbean Jewry, Reconstructionist Judaism, the Jewish family, the life cycle, spirituality and liturgy. He was decorated as a “Sagamore of the Wabash”, a distinguished citizen award presented by the Governor of the State of Indiana. Rabbi Sasso is the recipient of the “Community Service Award” from the NAACP and the “Fostering Life” Award of the Indianapolis Chapter of Links in recognition of his leadership in Interfaith and Interracial relations.

Rabbi Dennis Sasso and his wife, Rabbi Sandy Eisenberg Sasso, who also serves as Rabbi of Congregation Beth-El Zedeck, are the first husband and wife rabbinical couple in Jewish history. They are the recipients of an award for the “Enrichment of Judaism, the Family and the Rabbinate” from the B’nai B’rith Women’s Organization. They are the parents of two children, David Sasso, and Debora married to Brad Herold.  They are the grandparents of Darwin, Ari and Levi.

Clergy and Staff Board of Directors Congregational Calendar Human Resources