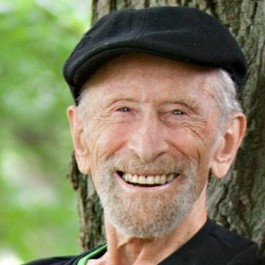 Cantor Bob (z''l) was our beloved cantor at Beth-El Zedeck from 1961 to 1989.  He was the Founding President of the Indiana Association of Mediators, a mathematician in the Pentagon, a soloist at Clowes Hall, a faculty member at Marian University, and a psychotherapist in private practice. A few of the interesting things he has done include:

Rafting down the Grand Canyon accompanied by a classical string quartet
Wandering among 400,000 penguins in Antarctica
Getting lost and spending a frigid night in the mountains of Norway
Competing in four marathons beginning in his 60s
Performing as a professional storyteller on all seven continents
Winning first place in the Indiana State Fair Liars Contest in 2014
Being Awarded a storytelling fellowship at the Indiana History Center